Born in England in 1953. In my teens and early twenties I attended night schools in England and Holland. The late seventies found me in the Middle East where with an English potter we dug our own clay, built a wood fired kiln and fired our pieces. Moving to Holland and fired by clay fever I continued to study ceramics in night school while working part time  in a pottery studio. In the mid eighties I moved to Greece, to the island of Leros in the Dodecanese where, with a local potter produced souvenir pottery. In 1990 I opened my own workshop and was accepted as a member of the Greek Union of Ceramists. I sold my work locally, and by attending trade fairs, was able to supply shops throughout Greece. 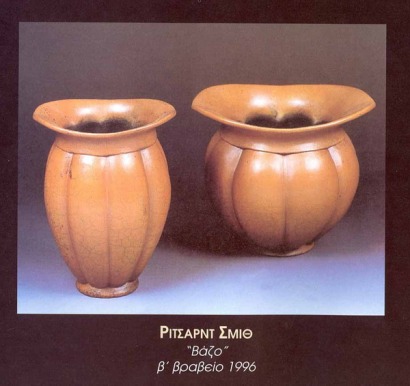 1998 saw another move, now with Elli my wife and fellow potter, to Hania, Crete, where we opened a new workshop together.

In 1999 at the annual exhibition of the Greek Union of Ceramists I was awarded the 1st. special prize for my smoke fired terra sigillata “Tears for old Arabia” 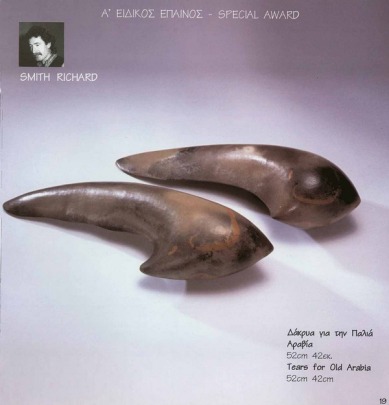 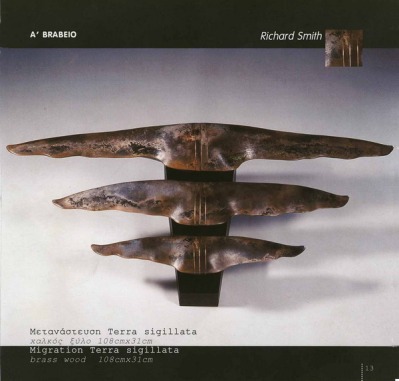 In September of the same year the gallery of  Union of Ceramists in Athens hosted my first solo exhibition.

2001 on the road again, we moved our workshop to the island of Ikaria in the N.E. Aegean Sea where we set up our workshop the “Keramopeitirion” in the village of Karavostamo.

Here I made a range of functional earthenware, decorative raku and raku fired terra sigillatas

2015 saw us moving again, returning to my roots, we moved to the UK where we set up our studio in Keighley, West Yorkshire.

Since moving back to England I continue to make among other things “Jugs”. The inexhaustible possibilities offered by this form without altering its basic function make it an ideal carrier for my sometimes austere sometimes humorous creations.

I have been a professional potter for more than 30 years with more than 15 years’ experience teaching adults ceramics and workshop practice.